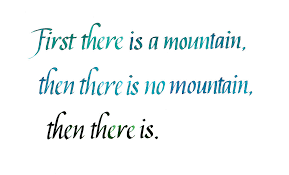 “…theory is largely a game of make-believe in which we pretend, just for the sake of argument, that there’s just one thing going on: essentially we reduce everything to a cartoon so as to be able to detect patterns that would be otherwise invisible… One must simplify the world to discover something new about it. The problem comes when, long after the discovery has been made, people continue to simplify” (The Dawn of Everything).

Is it possible to think outside these national and supra-national controlling bodies on a communal level, while also relating to the cosmos outside the boundaries of any religious doctrines and beliefs (which are reductive surrogates of a cosmic perspective)?

A non-dogmatic approach to the cosmic perspective is one of the main themes of the Negative Geography inquiry. But I’ll try to approach it somewhat differently here.

If we were asked to imagine a cosmic perspective many of us would probably feel cornered into selecting one or another Ism or scientific theory or any conclusive opinion, whether rose-colored or ash-tinted. Or we might use vague terms like I used — “the whole” or “the cosmos”. Anything we conceive would amount to a cartoonish summary of something that can’t be pictured as a whole, because in picturing the whole we pretend to stand outside this conception in order to grasp it. In its place we relate to a singular projection of our imagination, which is separate from the observer, therefore a fragmented vision, not a real experience of wholeness.

We can’t picture, grasp or describe a cosmic perspective. It becomes a matter of faith. But there is blind faith in ideas, constructs, conclusions, dogmas. And there is a kind of “activated” faith that is creedless, that is “proven” by default, by running into our own limits and realizing that there is always something larger and more profound in the world. We don’t know what it is, but there is a kind of clear-minded faith that develops in what exceeds us.

I mean, even a cynic who doesn’t believe in “the whole of life” is summarizing the whole of life as non-existent. That is, we’re all forced to account for the cosmic lens one way or another, whether we want to admit it or not. Some fill it in with wishful thinking or cynicism, and some with scientific theories.

But is the cosmic perspective activated by filling it with words and ideas? Doesn’t this reduce the cosmic vision to a narrower and more static form?

Or is the cosmic dimension precisely that area of life that can’t be filled, that is constantly overflowing every container we try to build. If so, then the cosmic lens is precisely that state of mind which remains open-ended and uncertain.

The cosmic view, in other words, can be felt as a relationship to this solid limit in our understanding. It’s a vision wider than the widest view, because it detects the limits of every positive attempt to frame it. So there’s no need for a positive cosmic creed, only this direct experience of “something more”, something constantly escaping our grids of understanding (which I’m calling Negative Knowledge). END_OF_DOCUMENT_TOKEN_TO_BE_REPLACED